On Wednesday, January 2nd, I got a phone call from my cousin Adam.  He was at the hospital with our Uncle David (my mother's brother).  He was in ICU and wasn't doing well.  The outlook didn't look good.  We were needed at the hospital.

I immediately called my sister, Brittney, and told her what limited information I had learned.  We headed to the hospital.

My mother, Aunt Robyn, and Mema were all very sick with the flu.  They couldn't go to the hospital.

When we arrived, we found Adam and his brother, Michael, in the waiting room.  We were told that Uncle David was not doing well at all.  In fact kidneys and liver were in failure... and his bad heart had caused him to code twice.  He was hooked up to several machines just to keep him alive, and was unconscious.  They weren't sure he would make it.

He was in a coma for almost two weeks. 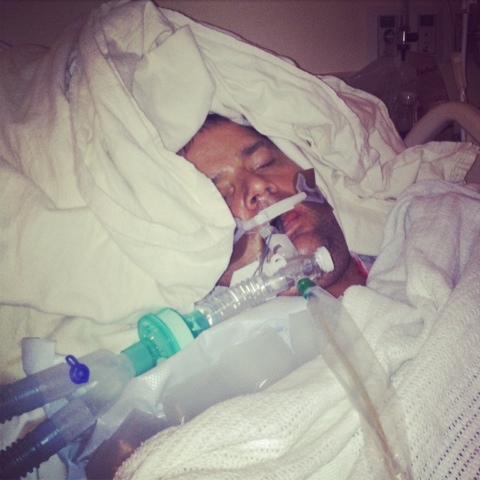 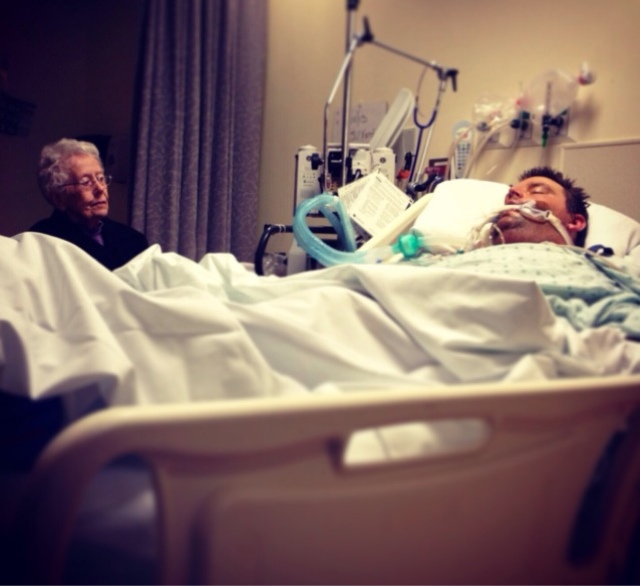 Seeing this pic of my Grandmother by his side broke my heart.

Then a miracle happened.

He started getting better... quickly. His organs were starting to work on their own.  A few days later, he came out of his coma and was able to say a few words!  A few days after that, he was able to carry on conversations.  He was healing incredibly fast.

A week later, he was able to leave ICU and headed into physical therapy... and just days later he was walking!  The doctors and nurses were completely amazed at his quick and miraculous recovery. 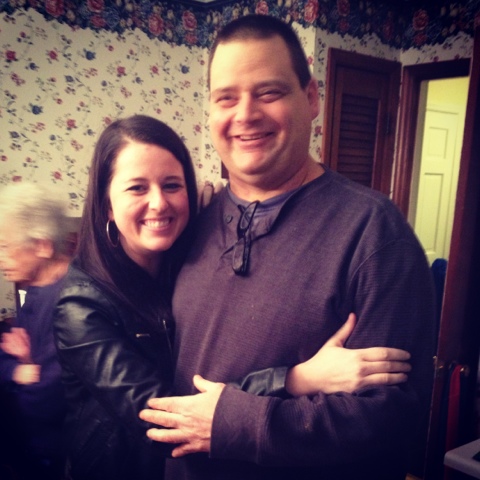 Here we are on Saturday night.  All smiles. 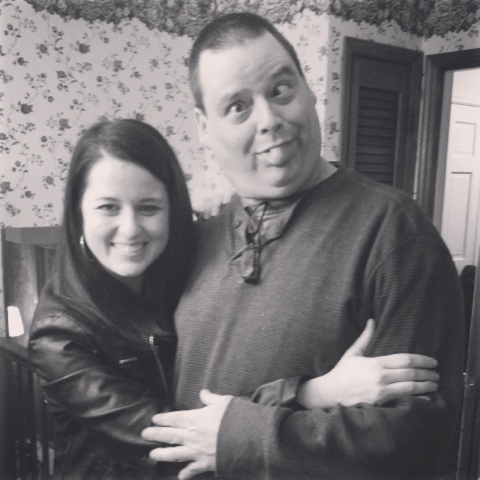 He is back to his old self!  Laughing, joking, and picking on his sisters.  It's unbelievable to think how much different his life was just a month ago. He still has a ways to go in his recovery, but it baffles me to see the difference. I've seen a miracle.  We've been praising God ever since.

Have you ever seen a miracle?   Talk soon, friends.

Wow. This is truly a miracle!!!!! Thank you so much for sharing this story!

I am glad your uncle came through it.